More contenders for Best Story Ever

Just like I promised, its time to return to the discussion of the contenders for the BEST STORY EVER.

As a quick recap, we have discussed the merits of a number of classically recognized series, as well as one or two surprises thrown out by me as stories that deserve consideration despite their lack of mass market recognition. So far we've discussed:

Let's push onward and upwards with a list that includes a couple more Marvel titles, something that right now our list is a little bit light on. And let's start out with Marvel's own team book; The Avengers.

Avengers Forever #1 - 12
Written by enormously talented author Kurt Busiek, this series is everything that a great Avengers story should be. Rick Jones holds the key to humanity's evolutionary future, and Immortus decides that for the benefit of the timeline Jones must die. Kang (Immortus' younger, more violent self) and the enigmatic Libra come to Jones' rescue and with the help of the Supreme Intelligence unlock Jones' latent powers once more, allowing him to summon to his side the one force he knows he can count on; The Avengers. There's just one catch; he summons them from all across time, and the mish-mash we get hardly remind us of the team we have come to expect. Like any Busiek story, this one is interwoven with wonderful subplots, and the pacing is exceptional.  It is a massive story, whose outcome could significantly change the destiny of the Marvel universe, and reading it is like taking a primer course in 'everything you need to know about the Avengers.' For some people Stern's Masters Of Evil story is the greatest Avengers story ever told.  In my mind it's Avengers Forever. 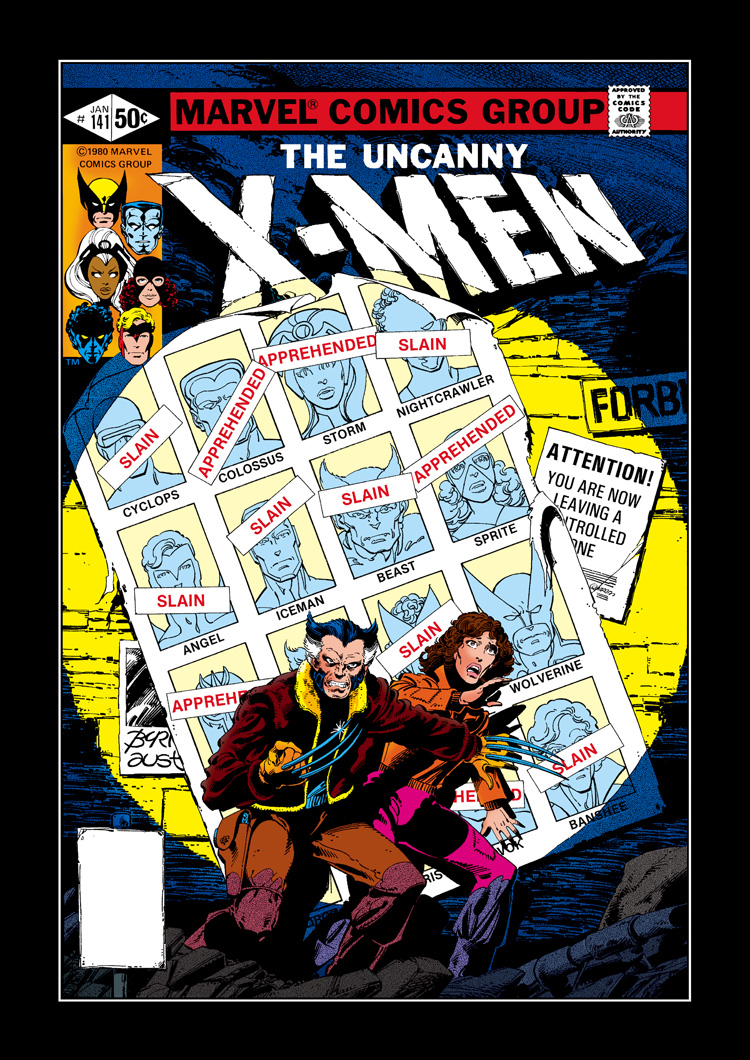 Days Of Future Past (X-Men #141 - 142)
Chris Claremont. Johny Byrne. Terry Austin. What?  Those three names don't seal the deal for you all by themselves?  How about this then?  This is the grandfather of all X-Men stories involving the apocalyptic future in which mutants are hunted to extinction by an army of sentinel robots intent on making the world safe for ordinary humans.  The very concept is the backbone of stories that lead to the rise of Rachel Summers, Cable, Bishop and Apocalypse. It is one of the earliest examples of a 'future timeline' story that I ever read, and it was freaking cool.  Not enough?  Then look at the cover. An aging Wolverine standing protectively in front of a middle aged Kitty Pryde, with a poster on the wall behind them showing mutants who have been captured and killed.  Cyclops, Beast, Iceman, Angel, Nightcrawler and Banshee are all dead before we even set foot into this possible future. The story is intense.  The scope is enormous. The idea is responsible for hundreds of stories that have followed. This may be the most influential X-Men story ever told, and there's damn good reason for that.  It's awesome.

Crimson #1 - 24
I first "discovered" Brian Augustyn while reading Mark Waid's epic run on The Flash, but this was the first time I decided to give one of Brian's solo books (until then I only read the things he did in collaboration with Mark) a try. One of the coolest decisions I made that year (no doubt.) Working with superstar artist Humberto Ramos (a terrific guy if you get to meet him) Brian forged a very unique vampire tale and was cunning enough to walk away and leave me wanting more. For two years I read the story of Alex Elder, a young boy bitten by a vampire and saved by an ancient being known as Ekimus. The question running throughout the book is whether or not Alex is the "Chosen One" a special vampire gifted with abilities beyond those of his dark siblings, and destined to put an end to vampirekind. Before there was Twilight and the emo vamp genre, Crimson captured the idea of a teen vampire with a destiny almost too big to conceive of. This story contains great Biblical elements (including the reincarnation of St. George, just in the nick of time!) all manner of supernatural creatures, and a plot that doesn't quit....even when the story does.  Maybe the best Vampire story ever?

Superman & The Legion Of Super-Heroes
(Action Comics #858 - 863)
In case it hasn't come up in your readings, I'm a big fan of Geoff Johns (despite the fact that he either doesn't know how to pronounce his name, or he doesn't know how to spell it.....or both!) I also happen to be fairly fond of Superman.  All things I've shared before.  What you may not know is that I consider The Legion of Super Heroes to be the most under-appreciated title in the history of DC publishing.  I cannot say that after this story hit the stands, because John breathes fresh new life into the relationship between the world's greatest hero and the generation of heroes throughout the galaxy who come together to follow his example in the 31st century. This is the story that created a new generation of Legion fans, and it should have.  It's a marvelous tale about the power of a symbol and how it can be corrupted for all the wrong reasons. It's a story of bigotry and hatred and hope, embodied in a man who no longer has powers. Best of all?  It's drawn by Gary Frank, who is sensational.
Posted by The 4th Man at 2:36 PM

There are so many...

It's a slow progression as I work my way through tens of thousands of books that I own and try and pull out the best stories I've ever read.

I have no doubt that Midnight Nation will make the contenders list, and I can ever see it ultimately making the Top 10.

I'll admit I hadn't thought about MoonShadow yet, but maybe that will change when I get around to that wall of books in the basement!